The Action can be found under Switchboard > Arrange > Impose. Since pdfToolbox 13, text editors with syntax highlighting are integrated in this Action. So instead of using an external text editor file, you can create and edit imposition configuration files directly from the Switchboard with the built-in editors. 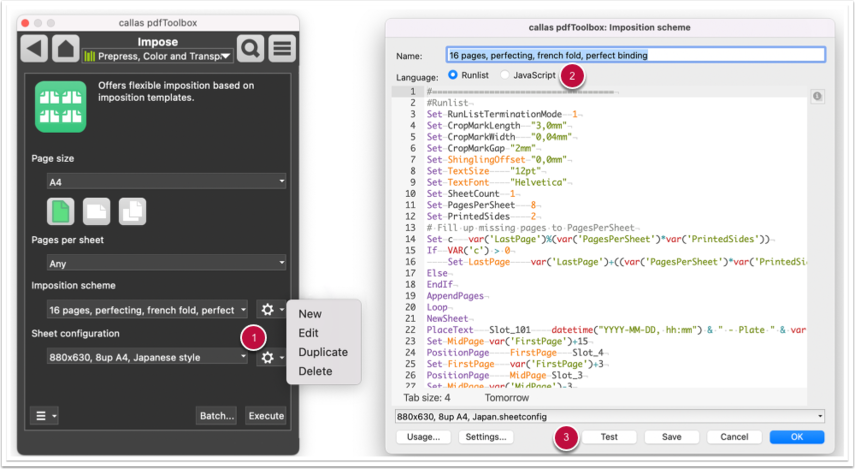 After writing the imposition scheme you can activate the 'Runlist Debugger' in the dropdown like shown below, to log the imposition process. It helps to track where a certain page was placed. 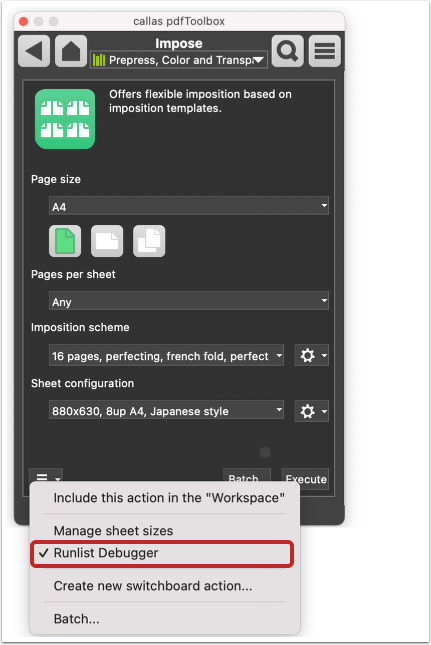 When 'Runlist Debugger' is checked and you execute the Imposition process, a log window like the one shown below appears that contains the information on Imposition in 'INIT, START, END' form based on your runlist configuration and imposition scheme.

Loops are shown there as well and if there are the derived values of Variables listed. Important to note is that the Runlist Debugger is shown as long as any imposition is executed - no matter where (e.g. Process plan or test mode within a process plan). 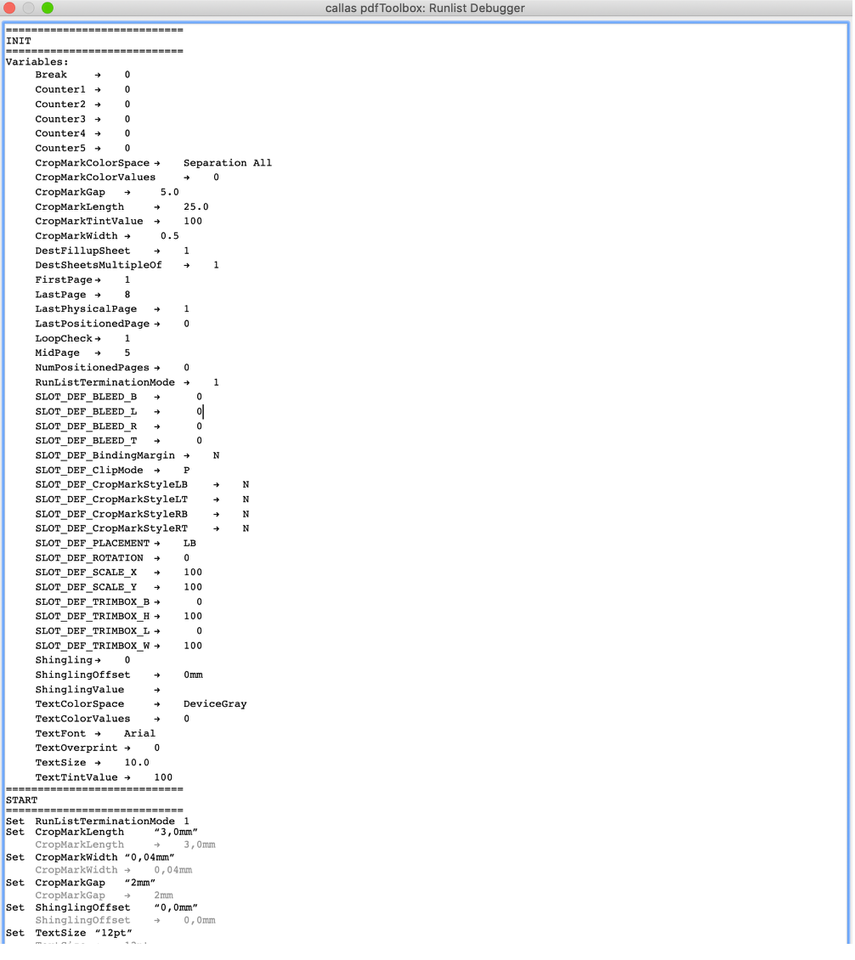